Dads and Divorce: Getting Custody of Your Child

Dads and Divorce: Getting Custody of Your Child 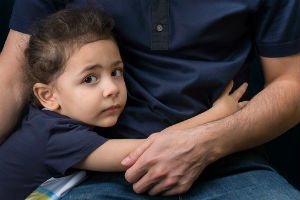 When a divorce involves children, disputes over custody are not uncommon. While many people assume that courts automatically award mothers custody, the truth is that fathers have just as much of a legal right in most cases.

The courts prefer joint custody agreements that allow children to maintain relationships with both parents, but a father can be awarded full custody, otherwise known as sole custody, under specific circumstances.

The courts are not permitted to show bias against fathers, so if the father has a strong relationship and bond with the child and if the mother is not suited to be the primary caregiver for the child, the father could be awarded full custody.

How Can a Father Get Full Custody of His Child?

It is important for fathers to avoid doing things that could harm their custody argument. This generally means that they must be aware of their behavior around the other parent, especially while custody is still in dispute.

While custody proceedings are ongoing, fathers should stay current on child support payments. Fathers should also try to attend important events and other social gatherings that their children are involved in.

When a father is seeking sole custody, he should make sure that the child has his or her own space in the home. Throughout the custody process, fathers will also want to keep careful records of specific considerations such as visitation schedules.

Among the most important things to demonstrate are the ability to spend quality time with your child, a bond with your child, the desire to make the child a priority in your life, and the willingness to pursue custody when faced with an uncooperative co-parent.

How New Beginnings Can Help Fathers Get Custody

If you are a father who is seeking sole custody of a child in Alabama, it is in your best interest to make sure that you have an experienced child custody lawyer on your side. New Beginnings Family Law represents clients all over the greater Huntsville area and surrounding areas of Alabama. We are here to help represent you and your family’s best interests.

Our firm understands the tremendous stress that child custody disputes take on parents. We work to help people reach agreements that allow them to develop lasting relationships with their children. Call us or contact us online to have our attorneys review your case and discuss all of your legal options.