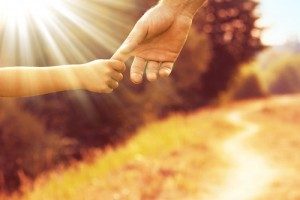 In Alabama, there are five different types of child custody: joint, joint legal, joint physical, sole legal, and sole physical custody. In this blog entry, we break down the basics. If you have questions about child custody or other family law matters, please contact us today!

With joint legal custody, both parents have equal rights in major decisions such as religion, schooling, and healthcare. Sometimes the court decides that only one parent can make decisions in a certain area, while the parents share decision-making in other areas.

In joint physical custody, both parents spend a lot of time with the children. Parents don’t necessarily spend precisely equal periods of time with each child, but this type of custody ensures that the child has frequent contact with both parents.

Sole legal custody is when just one parent makes all the decisions about the child, including religion, health, extracurricular activities, and education.

If custody is in dispute, the court will look at which parent is more involved in the child’s life. A custody fight can be a lengthy and expensive process. The court considers the geographical location of the parents in relationship to each other when it’s considering joint physical custody. If there is a history of domestic violence, the child is not likely to be placed in the physical custody of the person proven to have committed acts of domestic violence, especially if the acts of violence involved the child or were witnessed by the child. If one parent wants to move with the child, the court will look at whether this will enhance the child’s life or not before granting permission.

Typically, if the court is going to grant joint custody, the parents have to both agree to the arrangement. It has to be obvious that the parents can cooperate. The court looks for a situation where each parent is willing to encourage the child to have a positive relationship with the other parent. However, in certain jurisdictions, the Court assumes that Joint Physical custody is in the best interests of a child in every case, and it is up to the parties to prove to the Court that the arrangement will not work.

If you would like more information about child custody in Huntsville Alabama, please give us a call today!