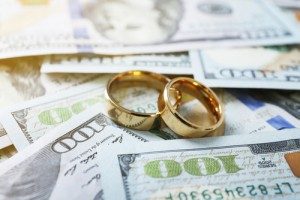 When one of the spouses involved in a divorce in Huntsville is a current or former member of the United States Armed Forces, a few important benefits often become an issue when it comes to distributing marital property.

Military divorce cases are frequently much more complex than traditional civilian divorces, although they are handled under many of the same Alabama state laws.

Military veterans could have different types of retirement plans that complicate how awards are determined in divorces cases. The Uniformed Services Former Spouses’ Protection Act (USFSPA) is the federal law that allows state courts to consider disposable military retired pay as divisible property in a divorce settlement.

If you or your spouse is an active or former member of the military and you are going through a divorce in Alabama, an experienced military divorce attorney can help you understand your rights and what you are entitled to. You could risk paying too much or being awarded too little if you try to handle your case on your own.

New Beginnings Family Law will put you in a position to achieve the most favorable possible divorce decree. You can have our Alabama military divorce lawyers provide an honest and thorough evaluation of your case when you call us or contact us online to receive a confidential consultation.

The Defense Finance and Accounting Service (DFAS) in the United States Department of Defense list five kinds of retirement for military members. Regular retirement and reserve retirement are both based on salary and service information submitted by the service member’s Branch of Service.

Retirement benefits may also involve the Thrift Savings Plan, which operates similar to a 401(k). A Survivor Benefits Plan (SBP) allows the dependents of retirees to continue to obtain benefits after the death of a retiree.

WHO IS ENTITLED TO MILITARY RETIREMENT BENEFITS AFTER DIVORCE IN AL?

The USFSPA permits state courts to treat disposable military retired pay as divisible property in divorce cases and direct payments by the uniformed services of a maximum of 50% of a member’s or former member’s disposable retired pay to the former spouse. It also allows for the enforcement of alimony and child support and defines which former spouses are able to secure access to military-sponsored health care benefits and privileges.

A military member or retired member is allowed under the USFSPA to designate a former spouse as a beneficiary under the SBP. The Act also lets state courts consider disposable military retired pay (not including disability retired pay) as divisible property in a divorce settlement.

Former spouses may be able to receive direct payment of a part of retired pay from the DFAS. Changes relating to SBP coverage may be made after the initial agreement only when both parties to the divorce agree to them. However, it is incredibly important that you complete all the forms necessary to make the election of SBP coverage and turn those forms in to DFAS within one year of the award.

One commonly cited provision of the USFSPA is the so-called “10/10 rule.” The 10/10 rule only applies to how a spouse can receive divided retirement pay, with spouses eligible under the 10/10 rule receiving direct payments from the DFAS.

The 20/20/20 rule also allows a spouse to receive medical benefits and commissary and exchange privileges for the rest of their life (provided that they remain unmarried) when they were married to a service member for at least 20 years, the service member performed 20 or more years of service creditable for retirement pay, and there was a minimum of 20 years overlap between the marriage and the military service.

WE CAN HELP WITH YOUR DIVORCE AFTER MILITARY RETIREMENT IN HUNTSVILLE

New Beginnings Family Law will work tirelessly to help you reach the resolution that can help you move on with your life. Our firm understands that the stress and confusion inherent to divorce proceedings can be even more overwhelming with military divorce cases. We will work hard to make sure you understand the process and that your questions and concerns are addressed at all times.

Are you or your spouse a former or active member of the military going through a divorce in Alabama? Do not wait to get the legal help you need to make sure that you are treated fairly when your agreement is finalized.

The military divorce lawyers of New Beginnings Family Law make themselves available for clients at all times so you can get always get answers to any questions or concerns you might have. Call us or contact us online to schedule a confidential consultation.