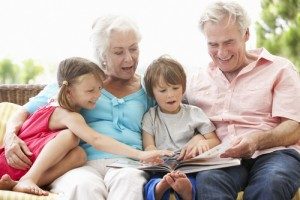 When you think of the relationship between a child and his or her grandparent, “spoiling” is generally the connection that comes to mind. We think of cookies baked by doting grandmothers, toys presented by chuffed grandfathers, and screaming children as the weekend comes to an end. But the role of grandparents can go far beyond that and actually shape the growth of a childhood.

The largest trial facing grandparents is visitation disputes, which occur when, for one reason or another, parents do not want their children interacting with them. But in certain cases, grandparents may believe that the children would be better off under their custody, rather than the custody of the children’s parents.

Reasons Grandparents Can File for Custody of Grandchild

Alabama law does allow grandparents to win primary custody of a child. Generally, this occurs in circumstances when living with one’s grandparents would be in the “best interest of the child,” a phrase which governs nearly all custody disputes. If one or both parents dies, is incarcerated, or exhibits mental health issues (including addiction), the child may be better off in the care of others.

Other than the “best interests of the child” doctrine, grandparents seeking custody must also face a general presumption called the “parental rights” doctrine, in which the court assumes biological parents are the best fit for a child’s well-being. However, if the parents are proven unfit, the court generally favors a grandparent to a non-biological relative, all else being equal.

If you are seeking custody of a grandchild or grandchildren, consult an experienced family law attorney today to determine whether custody is an option and begin filing a custody petition. The Huntsville family lawyers at New Beginnings Family Law are available for a consultation today.