Fault vs. No-Fault Divorce in Alabama

Fault vs. No-Fault Divorce in Alabama 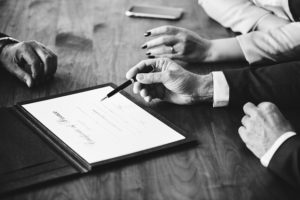 Depending on the state in which you live, there are a number of different ways you can approach the divorce process. There was a time when you were required to prove that your spouse took some sort of action that directly led to the irreconcilability of your marriage in order to be granted a lawful divorce. However, since California introduced “no-fault” legislation in 1970, all states have followed suit with some form of no-fault divorce option where no specific reasons need be proven in order to be granted a divorce.

Is Alabama a No-Fault Divorce State?

In fact, 17 states only allow for divorces under no-fault grounds where the courts will not recognize any level of blame for the failure of the marriage in making determinations about the divorce settlement. However, Alabama is not one of those states.

If you want to get a divorce in Alabama, you can take either the fault or no-fault route, depending on the circumstances and your goals.

If you want to be granted a no-fault divorce in Alabama, the courts will recognize either “incompatibility of temperament,” or “irretrievable breakdown” as the cause of the divorce. They only need the testimony of one of the spouses in order to determine that such incompatibility exists, so even if one spouse does not want a divorce, the other can still obtain one if they so desire.

What is No Fault Divorce?

However, just because the divorce is considered “no-fault,” does not mean it cannot be contested if one spouse refuses to agree to certain aspects of the divorce such as child custody property division, or spousal maintenance. This will generally cause the divorce to be more costly, adversarial, and will likely drag it out longer, but it cannot prevent the divorce.

On the other hand, one spouse can choose to pursue a fault divorce, where a judge will make a determination about whether the actions of the other spouse were, in fact, the cause of the failure of the marriage. Fault determinations are not particularly common, but when they occur, it can have a major impact on things like the division of assets and the awarding of maintenance.

In order to prove that your spouse is at fault for the divorce, you must demonstrate one of the following:

Fault vs No-Fault Divorce in Alabama: Get Help Today

If you are able to prove that your spouse is at fault, then you will be much more likely to be granted a more favorable divorce settlement by the courts.

If you are interested in pursuing a no-fault or a fault divorce in Alabama, please contact New Beginnings Family Law today and let’s discuss your options.